Hit enter to search or ESC to close
Blue HavenFeatured

Surprise! Investors got it wrong again

By Kevin Kleinman September 13, 2019 No Comments

They say trying to time the market is impossible. The latest fund flows data would suggest that is still the case. Over the last 20 months, investors bought stocks aggressively near the top only to sell them aggressively near the bottom. Then they started to pile into bonds just as prices were reaching multi-year highs. We track fund flows to gauge sentiment on various market segments. The thinking is we want to consider being contrarian; i.e. cautious on stocks when investors are pouring money into them, and optimistic on stocks when investors are pulling money out of them. We pay especially close attention if there are major flows after large rallies or declines in the market.

The chart below speaks to how terrible investors are at timing the market. They put the most money into equities in January 2017, just before a 10% drop triggered by the start of Trump’s Trade War with China. Then in December 2018, after stocks had fallen 15%, investors panicked and sold out aggressively. The S&P500 is up more than 20% since the low of the December sell-off. And as the chart shows, they’ve yet to come back into the stock market: 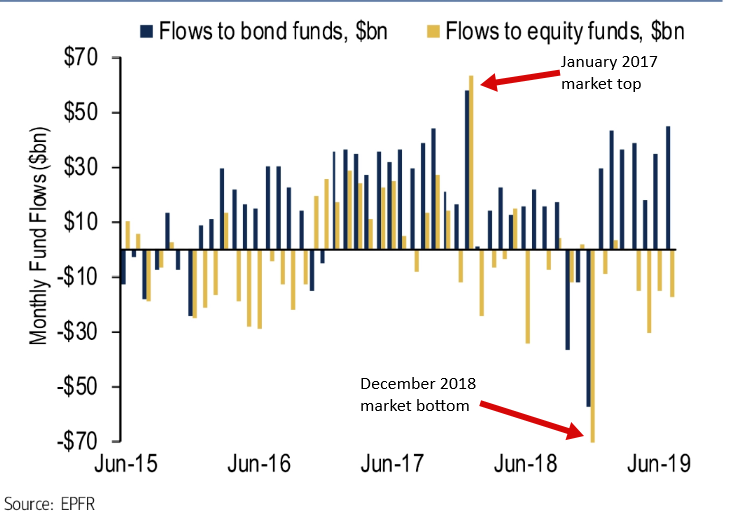 The latest period we have data for is through August 2019. Notice that investors put more money into bond funds than any time over the last 12 months. Since August 30, the largest government bond fund, TLT, has declined by 7%. Bonds, known for their steady income and low volatility, have plummeted 7% in two weeks. Can you imagine what the media would be saying if the stock market had fallen that much, that fast? Jim Cramer wouldn’t know what to do with himself. Meanwhile, investors continue to sell out of stocks. There hasn’t been a net inflow into equities on a monthly basis since March. Since then, the S&P500 has risen by 6.7% and is nearing a new record high.

As stocks begin to move back to their highs and bonds sell-off, we’ll be keeping a close eye on fund flows to see how investors react. We would see it as a contrarian bullish sign if investors continue to ignore equities. Money that stays on the sidelines as the stock market goes higher can later act as fuel if it decides to chase prices higher. And as the fund data shows, chasing is exactly what investors do, and it doesn’t usually work. 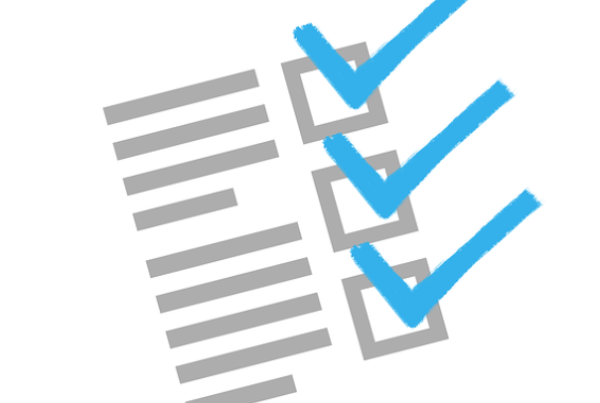